A conversation with my Dad 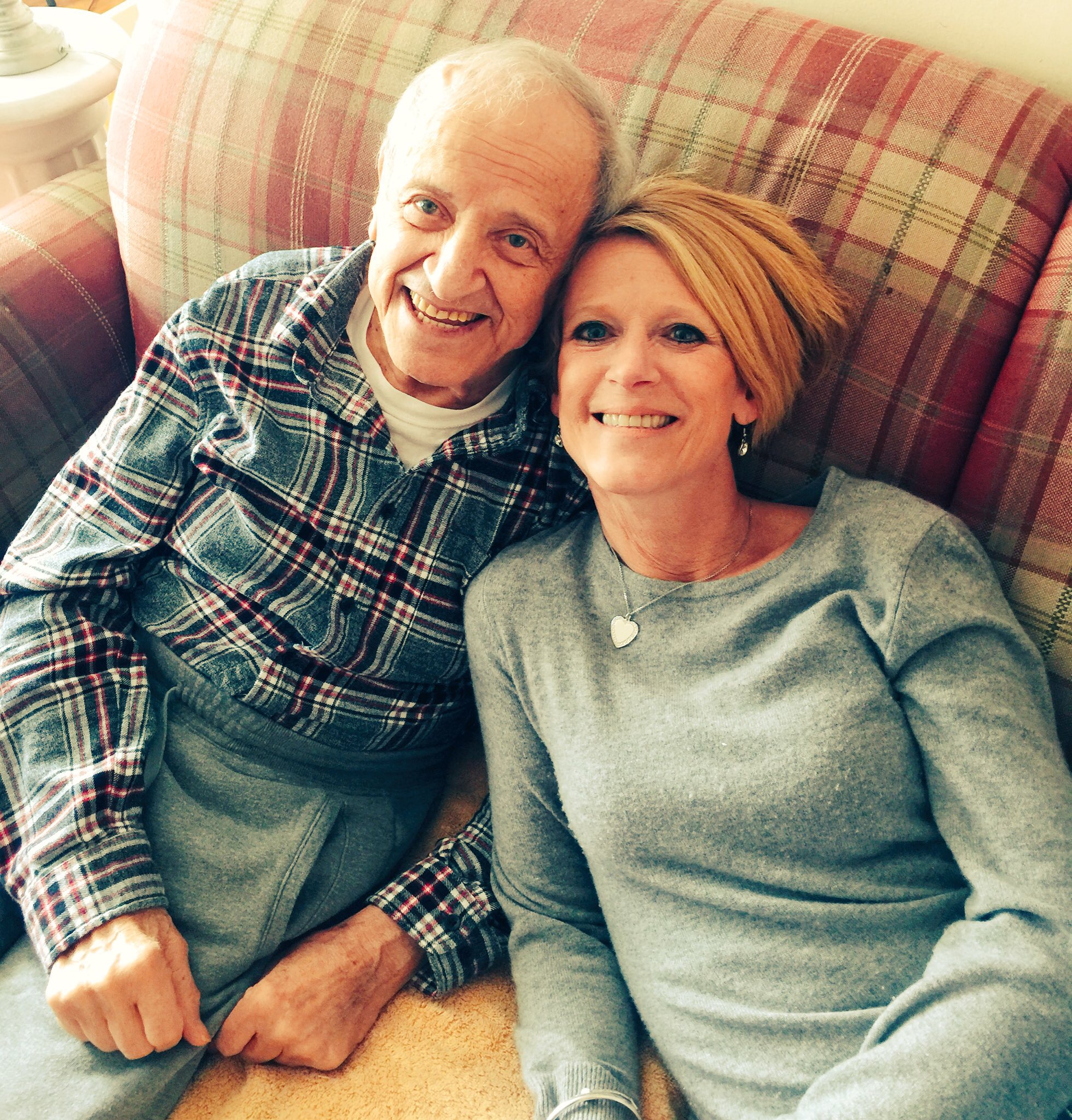 I’m on the phone with my Dad. He’s 90. Can’t hear. Can’t recall much anymore (including, sadly, his kids’ names, never mind those of our significant others). He also can’t stop talking long enough for me to help him out.

“Dammit. Why can’t I think of his name?”

“Dad!” I yell, not too loud, just loud enough to get his attention, stop him before our entire conversation becomes what it usually becomes these days – a heartbreaking, hysterical, but ultimately exhausting exercise in futility.

“What? Why are you yelling at me?” He sounds offended but that’s good. It means he’ll stop talking for three seconds.

Silence. And then, “Why are you yelling at Robert?”

I want to smack myself in the head with my cellphone.

“How is Robert?” He asks, finally.

“He’s great, dad. You know, kicking ass, taking names, being his usual Master of the Universe self.”

“That’s from that book,” he replies, and then pauses. I don’t jump in. He’s got it. I can feel it. “Bonfire of the Vanities!”

“Great book,” I say. “Though I still think Tom Wolfe quit at the end. Like he suddenly realized they were only paying him for 100,000 words so he just wrapped it up, really quickly. I found it very dissatisfying.”

“So, how’s the relationship?” He asks.

“With Tom Wolfe?” I say, teasing him.

“Things are wonderful, dad. He’s so good to me and he’s incredible with Case.”

“I know he is,” he says impatiently, “but what’s the prognosis?”

“I raised four wise-asses,” my father replies. “You know what I mean. Not prognosis. Errrr… the plan? Do you two have plans?”

Ever since my dad met Robert, about two months into our relationship, this is all he’s wanted to know. And now, as we’re approaching two years together, it’s all he wants to talk about. It’s funny how he forgets Rob’s name, and calls him Steve, Stu, Bob, Bobby, and “the dark-haired fellow,” but never forgets that there’s man in his little girl’s life who’s been around awhile. And, more than that, he wants to know what Steve’s, Stu’s, Bob’s, Bobby’s, and “the dark-haired fellow’s” intentions are.

“Yes, daddy,” I reply. “We have plans. We plan to spend the rest of our lives together.”

“So, marriage then!” he exclaims.

“Crystal?” He bellows. “You don’t want crystal! You want diamonds!”

“Hey, I gotta advocate for my little girl,” he says, “even if I can’t remember her boyfriend’s name.”

Or, hopefully, his phone number.