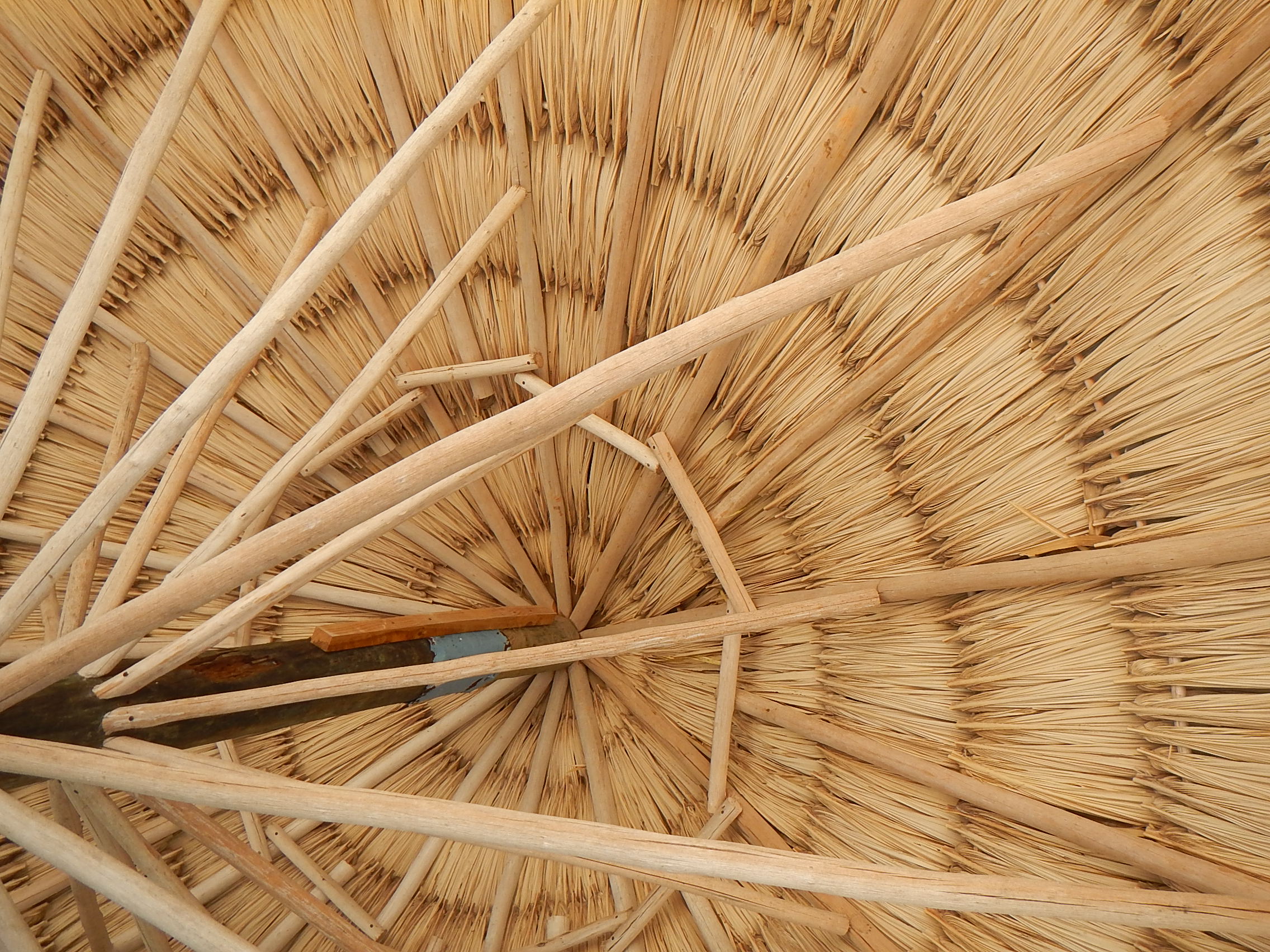 If you think this umbrella looks big, you should see the size of the drink it came in!

We arrived safe and sound in Placencia, Belize, on Saturday night. It’s beautiful here, sunny, no snow anywhere.  The people we’re sailing with (though we’ve yet to sail anywhere and may not for a few days as they keeping telling us a storm is brewing) are wonderful. I need to take more (a lot more) pictures of the crew, but here’s Maureen and Steve sitting on the bench, Don is behind them, and Dan (also known as Non-Paul for reasons I’ll explain in a moment) is the guy in the hat and the blue shirt. 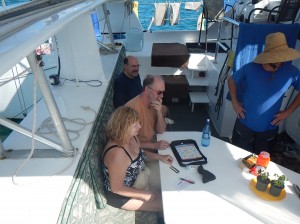 At this particular moment they’re all riveted by The Dinner Maker, aka Chris, who’s demonstrating how use his spear fishing gun. 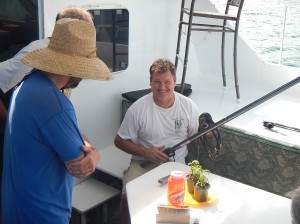 He hasn’t caught any dinner yet, but he will. (To Chris’ right, standing behind Dan/Non-Paul, is Al. He and his wife Jill own DragonFly, the boat we’re on, and obviously I need to get some real, live photos of them. And the boat. Though I did get this one of the dinghy.) 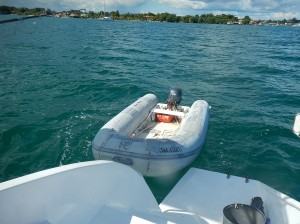 I love the dinghy. I’m even learning to stand up in it while we zip around. No photo yet, though. Chris can’t use the camera and catch me at the same time.

Oh, about Non-Paul. When he arrived he was wearing the shirt he has on in this picture, (which he must really like as he had it on again last night when Chris snapped this shot),

and even though he introduced himself as Dan, I was like, But his shirt says Paul! Chris was confused too. “Is it Paul or is it Dan? Or maybe he’s Steve?” I shrugged. “All I know is he didn’t introduce himself as Paul.” So Chris christened him Non-Paul.

Hopefully we’ll set sail for Utilla tomorrow. Until then, I’m sure there will be some more relaxing at Paradise Bar, shopping (I saw a pair of conch shell earrings I want to pick up for a friend), and doing a little sightseeing on the dinghy. Also, Chris and I are taking a turn making dinner tonight; he’ll make dinner, I’ll cheer him on, safer for all concerned.

Here’s last night’s spectacular sunset, and a pic of me and my honey. 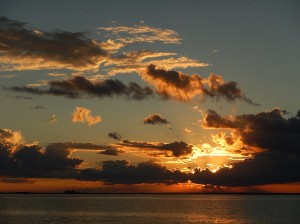