Not Just Another Blue-gened Blonde 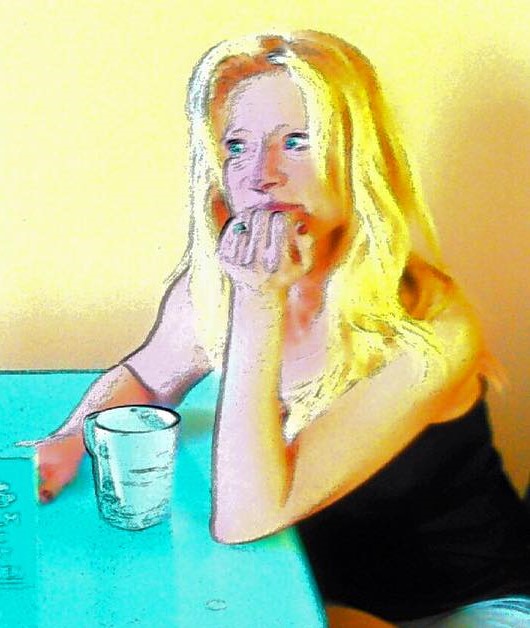 Hello, my name is Susan, and I suffer from depression. And anxiety. And panic attacks when my anxiety is really high. And even when it’s not but my brain wants to mess with me. I don’t see any of these things as defects. I see them as just some of the things that make me, me. Like having blue eyes and blonde hair, and a singing voice so bad my crooning “Twinkle, Twinkle, Little Star” didn’t make my boys fall asleep as much as faint when they were babies.

Clearly, I was born to be a mother.

In all seriousness, what I was born to be, beyond wife, mom, autism advocate, and card-carrying hopeless optimist, is someone who not only gets depressed, but is willing, even eager, to talk about it. Unlike other people, I can’t keep my depression in the closet. For one thing, I need the space for shoes. But more importantly, staying silent perpetuates the stigma that mental health isn’t a topic for polite conversation. So might I propose we all stop being so polite?

I’m not suggesting we start swearing like sailors, just that we be more direct, like we learned to be with the “C” word.

Remember when cancer was a conversation no-no? And how about breast cancer? When I was a kid, if I so much as whispered the word breast and the word cancer together, in the same sentence, my mother would be “hush”-ing and “God forbid”-ing so fast I wouldn’t know what hit me. Until I realized it was the back of her hand. So thick was the shroud of silence around the big “C,” that I actually recall thinking if a person got cancer, he or she must have done something to deserve it.

It also breeds intolerance. And fear. And if you’re one of the 14.8 million adults in America who suffer from depression, silence breeds shame. And isolation. And sometimes death.

I know I kept my suffering to myself. Every morning I awakened spent and overwhelmed before my feet hit the floor. Getting dressed and getting the kids up and out so I could get to work left me sweating and nauseous from exhaustion. I’d drop my older son at school, my younger son at daycare, and drag myself onto the commuter bus I took to the city and pass out. Getting through the day was a nightmare. I couldn’t concentrate, make a decision, or string two words together.

I was certain I was losing my mind and equally certain no one would understand.

Thankfully, I was wrong on both counts. I wasn’t losing my mind and my doctor, who I got up the nerve to see after convincing myself I had either chronic fatigue syndrome or a thyroid disorder, understood immediately that I was in the throes of a major depression. And that I spent way too much time on WebMD.

Getting myself feeling better took time, work, and a little trial and error in the antidepressant department.

First up, Wellbutrin. Loved it. Almost overnight, I morphed into Super Mom. I didn’t wake up as much as erupt out of bed in the morning, going from zero to 60 in the time it took to throw off the covers. Kids up! Kids fed! Kids dressing while mom’s unloading the dishwasher! And paying bills! And touching up the woodwork on the windowsills with white paint!

As you can imagine, my doctor and my brand new therapist pulled that prescription pretty quick.

After that I began what I still lovingly refer to as the Lexapro Years. Almost a full decade of feeling almost fine almost all the time. I didn’t feel great but I felt good, and for that I was grateful. It was as if I’d been away on a long, miserable vacation, and was finally, mercifully back. I didn’t have Super Mom energy but I didn’t care. I mean, I looked like crap in the cape.

These days I take Effexor, an antidepressant that’s also used to treat generalized anxiety disorder. “There’s nothing ‘general’ about my anxiety,” I kidded my doctor when he prescribed it shortly after my husband passed away and I started having panic attacks. “I’ll have you know I have very specific anxiety. And specifically? I’m terrified of everything.”

Of course I’m not terrified of talking about mental health. I’m terrified of not talking about it. There are still far too many people that don’t understand that being diagnosed with a mental illness is akin to being diagnosed with diabetes, or rheumatoid arthritis, or cancer. It’s completely out of the person’s control. Can you imagine suggesting to someone with cancer that they “pull themselves up by their boot straps and snap out of it”? The thought sickens me.

No, worse than that. It depresses me.

In addition to taking medicine and seeing a therapist, I combat my depression by talking about it and writing about it. By putting myself “out there” and owning it. By doing whatever it takes to engender understanding among those who don’t yet get it.

And that includes singing, “Twinkle, Twinkle, Little Star.” So please, don’t push me.

P.S. I serve on the Board of the Mental Health Association of Fauquier County. It’s a great group of dedicated individuals committed to bringing good mental health care to the community. There are hundreds of grassroots organizations like this all across the country. Find one in your neighborhood and get involved. It’ll do wonders for your mental health!