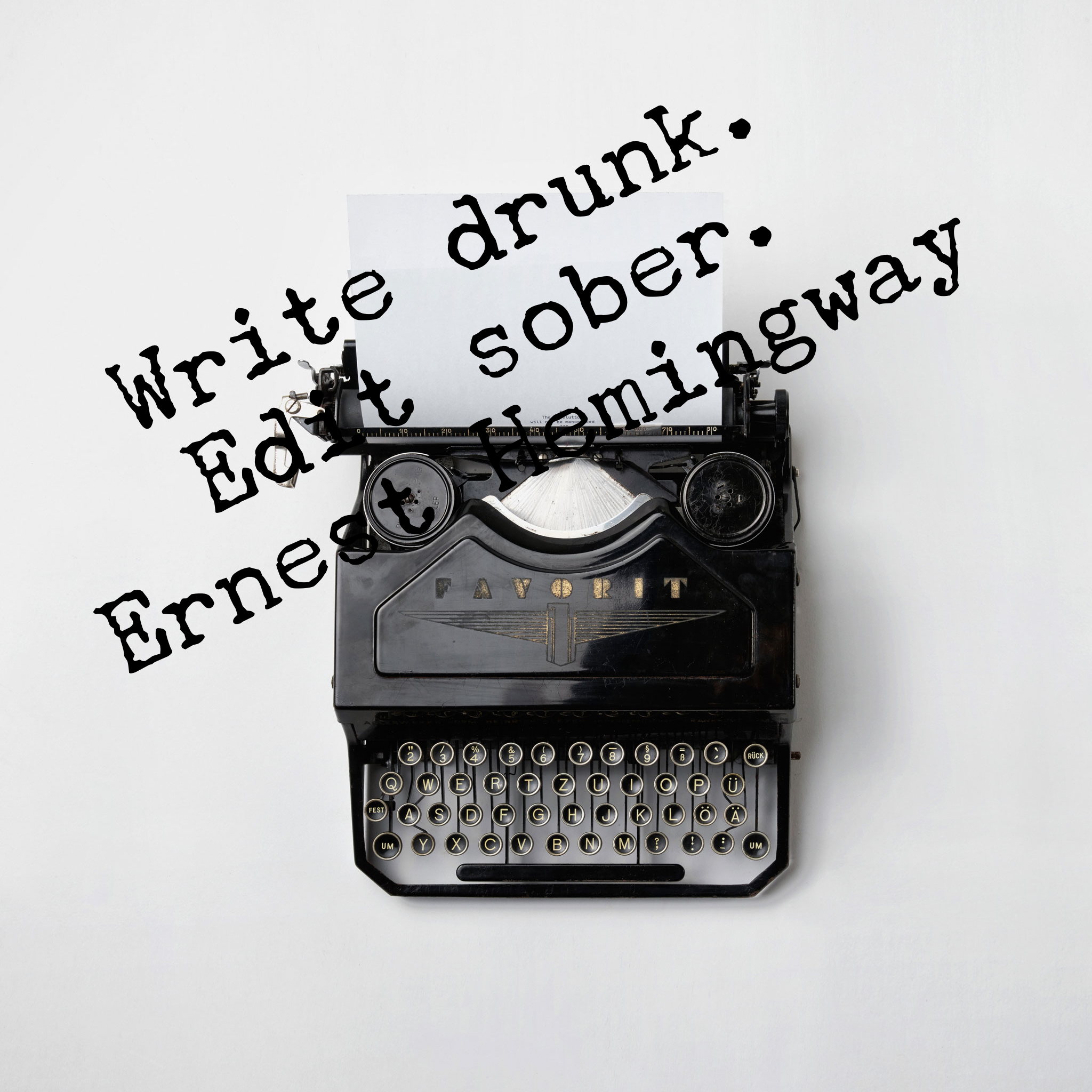 Great quote, but did he really say it?

Write drunk, edit sober. Supposedly Ernest Hemingway said those words. Thanks to the Internet and Google, one can find all manner of quotes attributed to all manner of folks these days. Confirming that the quote and the attribution are correct, however, is another matter entirely. Being the detail-free, research-averse girl I am, frankly, I don’t care. I like this quote and have been thinking about it a lot. Particularly since I’m having a really tough time with this thing I’m working on. I wouldn’t call it a book exactly. It’s more like an attempt at a book. An attempt at a book I promised myself I’d attempt to write if I’d be completely honest.

It’s the being completely honest that has me thinking about writing drunk. Maybe it would make pulling the truth from my memory and putting it on the page less painful.

Now please don’t think that I’m dishonest. It’s more that I prefer people to think my life has a laugh track. Hell, I prefer thinking my life has a laugh track. So I create one. (See? I’m honest!) But this thing I’m working on, well I wouldn’t even consider opening a new Word document until make-everyone-laugh Suzy and more-life-under-her-belt Suzy had a little come to Jesus meeting at which, you should know, Jesus showed up which was awesome of Him considering His schedule, and the three of us agreed that make-everyone-laugh Suzy could participate – just not at the expense of more-life-under-her-belt Suzy.

What we didn’t discuss was what to do when the going got tough and my comedic crutch appeared on my shoulder like a devil dressed as Tina Fey whispering, Lean on me, Suzy, because that sentence? Sucks. I tell myself Be strong! Don’t listen! But it’s so difficult to disappoint fake Tina Fey.

Which brings me back to the business of writing drunk. It might help but it might also get me fired.

My writing time is between 4am and 6am, after which it’s on to my work day. You know, the thing that pays the bills and keeps my sons in the style to which they’ve become accustomed. 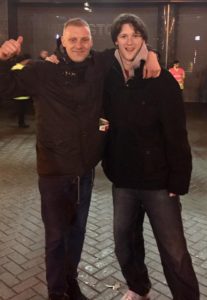 Casey (right) in Manchester, England for the Man U vs Liverpool match for his 25th birthday. 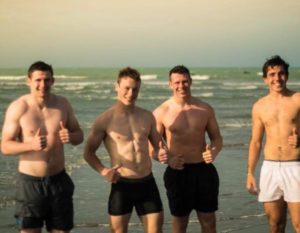 Cuy (second from left) on the beach in New Zealand where he played rugby for six months. I didn’t finance either boys’ trip in full, but I paid for a whole lot and I’ve got the Visa bill to prove it.

I can’t imagine pouring a glass of my beloved J Lohr at four in the morning, getting potted in the pursuit of honest prose, and then trying to do my job. Negative, Ghost Rider.

I also can’t imagine sitting down with a well-deserved glass of wine at the end of the work day with the intention of “over serving” myself for any reason. If I’m going to suddenly decide that the table on my deck can withstand my dancing on it, I want it to be just that, a sudden (and admittedly stupid) decision made because I unintentionally succumbed to the lure of the Lohr.

So where does this leave me? After re-reading this post and thinking and over thinking my conundrum, it leaves me contemplating a modified version of Ernie’s supposed statement.

One evening after work I shall pour myself a glass of wine and rather than opening a book (oh how I love to sip and read, read and sip!), I will open my laptop and my attempt at a book and see what happens. My gut says if I write anything at all, it will be complete garbage. Which, now that I think of it, brings me to the second part of Ernie’s supposed statement, “edit sober” and something author Nora Roberts (supposedly) said: 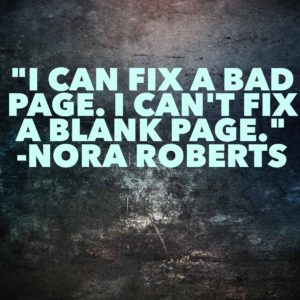 Hell, if one glass of wine nets me just one bad sentence to fix at four in the morning, I’ll take it.

Friends, get ready. We’re embarking on Suzy’s First Science Experiment and, since Suzy failed science several times, there’s a boat load of irrefutable proof that nothing good can come of this.