And on my side of the bed, no less. 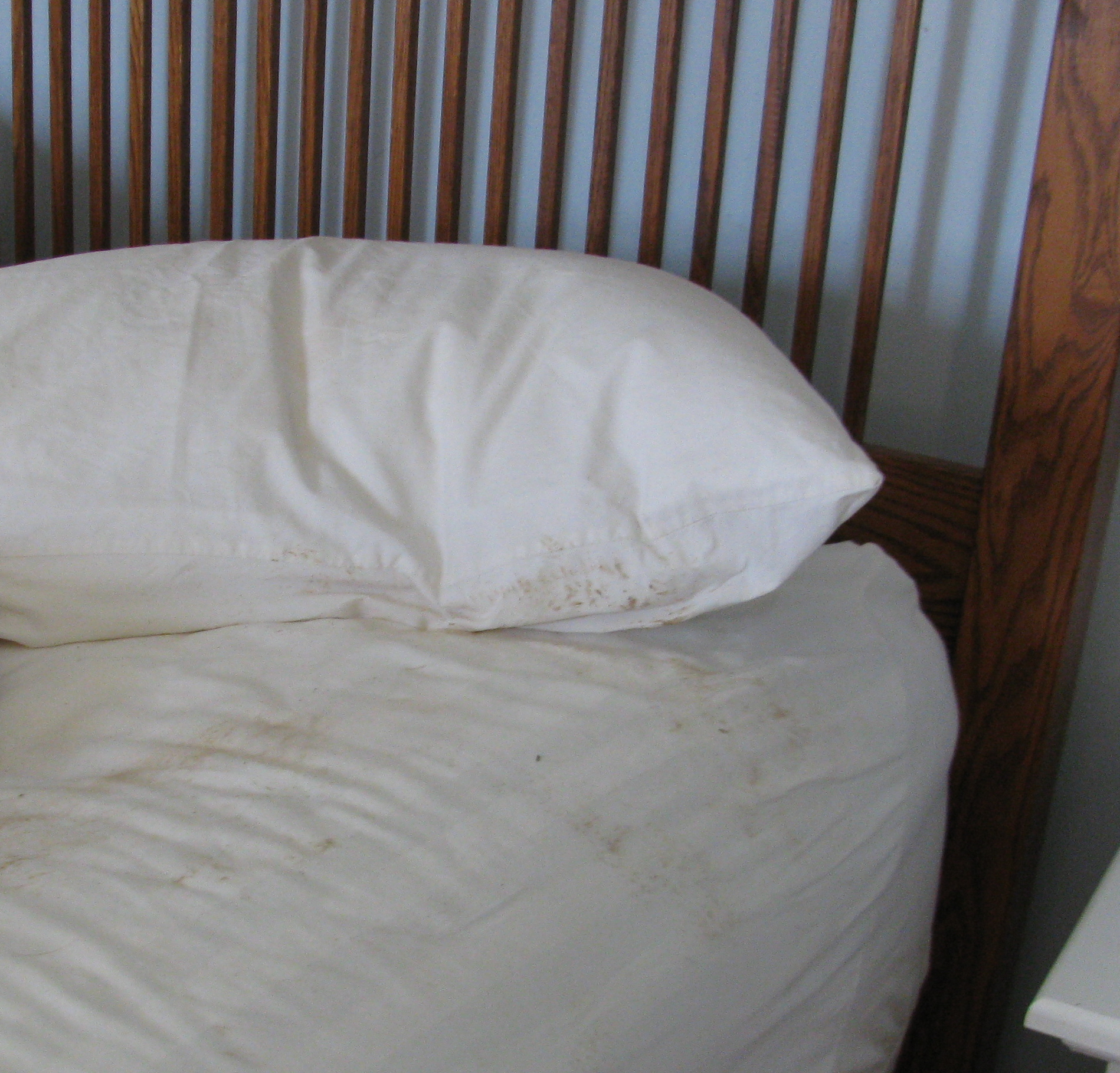 This is what happens when the puppy you got when you should’ve gotten a lobotomy is addicted to your sweet, sick husband.

Thanks to the miracle of the modern pain patch and a five milligram Oxycodone kicker, your husband is so soundly asleep he has no idea his favorite Golden Retriever, who just happens to be splattered in cow manure, has snuggled in next to him. You’d think the smell would wake him up. Or the fact that the dog’s also a smidge soggy. But no. The man’s out cold. (And if he has noticed, somewhere deep in his subconscious, he probably thinks it’s a really ripe, post workout me. Marvelous.)

I’d like to say that this wouldn’t be so bad if the damn hound wasn’t on my side of the bed, that I could deal with it if he were laying on my husband’s side, or frankly, on my husband. But I can’t.

I have rules about who and what I’ll share my bed with. My kids. A good book. My iPod. The phone. And of course, Rip Van Winkle here. Notice though that I didn’t include the dog.

And the dog knows it.

That’s why he’s not in this picture. He heard me coming, thought “Shit! It’s the one with the yellow head!” and took off running.

Only then did my husband wake up.

“What’s with the camera?” he asked.

“I was trying to catch Tug in the act,” I replied, pointing to the filthy spot where the dog had been laying.

Eyes closed, he flings his arm out and pats his hand around, blindly, on the bed. “Tug’s not here.”

He groans, lifts himself up on one elbow and looks, then looks at me and rolls his eyes. “That could’ve been from the kids,” he says, flopping down onto his nice, clean pillow. “Really Susan, you have to stop blaming stuff on Tug.”

You think it’s too late for me to get that lobotomy?