Ernie, writing drunk, and dust. Lots and lots of dust. 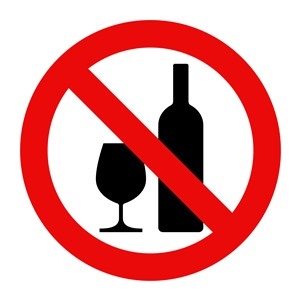 Perhaps you recall my “write drunk/edit sober” experiment. Well, it’s been conducted and concluded and it’s left me feeling as follows….

It doesn’t work. I poured myself half a glass of wine in an effort to start this little experiment, drank it, and immediately couldn’t spell. On top of that, my forehead started throbbing and the six-lane freeway that runs across it felt fat and congested with traffic backed up for miles into what used to be my brain.

Ernest Hemingway could work like this? I should’ve looked into what the hell he drank before he started writing The Old Man and the Sea or whatever because it cannot have been wine. Sipping vino while trying to make sense-o is crazy pants.

But hey, I said I’d give a shot and give it a shot I did.

I looked back at my non-wine impacted notes to remind myself where I’d left off. Oh, that’s right, I was trying to write about what it was like to clean out Stu’s closet after he died.

I was getting nowhere with it.

But, thanks to two big gulps of my J Lohr Chardonnay I can tell you exactly what it was like – it sucked. It was one of the hardest, most painful, most heartbreaking things I’ve ever had to do. Every item of clothing was covered in tall, fat layers of dust. You know how you can blow dust off a table or a picture frame? Nothing doing. I picked that shit off. And the more I picked the angrier I got.

To be clear, his closet held his dressier stuff. Nice pants, nice shirts, sweater, dress shoes, you know what I mean. From the moment he got sick in July of 2009 until the moment he died 22 months later, he wore none of it. Thanks to the blazing ineptitude of his original healthcare team, he lost sixty pounds between July and September. By the time I got him to real doctors and a real diagnosis, nothing in his closet fit. He never opened it again, and neither did I.

Cleaning it out was awful. I opened the doors and the dust flew at me like kids fleeing school for summer break. It stung my eyes and stuck to my face which, now that I think of it, made me happy in a sort of “take that, you bastard!” way. I mean, ha ha on you dust kiddies, you’re stuck to my tears and clearly not joining your little dust pals at the pool or beach or wherever dust particles prefer to vacation.

Two half glasses of wine and I was done. I have no idea what or how much old Ernie was drinking, but I’m out. This little experiment is over. I shall continue to write ever soooooo sloooooowly, but ever so soberly!